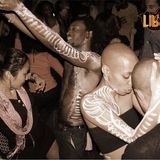 My passion for House music began in the summer of 1983. Although I was born and raised in Chicago, I was away at school when House music blossomed on the south side. I was taken to a party, not knowing what to expect, and wow, what a night.

I went to a spot called the "Gallery" in the south loop area of Chicago and the DJ that night was Frankie Knuckles. I had no clue who he was, but what a show he put on (when he arrived). At the beginning of the night there were three reel-to-reel tape decks that was actually spinning. One reel was playing and they were synched in a way where when that reel stopped, the other would start automatically. When Frankie finally showed (between 2 & 3 am), the party took off. I was so amazed at what I heard and saw, that I just sat there in amazement the entire night.

After that night, I was convinced house music and mixing was something I needed to have in my life.