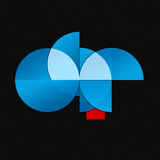 Born in Europe, MONTREALERS for almost a decade, they express in their music the soul of CANADA : breaking new grounds by inventing new rhythms and grooves, blending North American and European influences.

Whether producing in their studio, performing live acts on stage or deejaying in festivals and clubs, the two French Canadians deliver a fusion genre of electronic music influenced by the SOUL, JAZZ, DISCO and FUNK music of the late 70s and early 80s.

Founders of the labels DYNAMIC RECORDINGS and STAMINA RECORDINGS in the late 2000s, they have produced and released more than 60 tracks acclaimed and supported all around the world by the most renowned deejays such as PETE TONG, ANNIE MAC, JUDGE JULES and ROGER SANCHEZ.