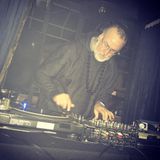 Duncan Funk - It's a Feeling Mix
by Duncan Wylie

Duncan is a music lover of all genres. As a teenager listening to House & Garage on pirate radio stations he developed a keen interest. A chance meeting in Ibiza in 1998 with one of the residents of Hard Times, Leeds (Jay Shaw) introduced him to US House Music and since then has never looked back. He's held residencies and played at numerous venues in the UK and Australia and now NZ.