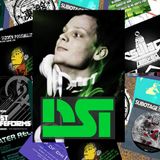 Never miss another
show from DST

DST a.k.a DubSTa - it's the same person, it's me. (the dj-name has nothing to do with the dubstep, it comes from different way from earlier thingz...) I'm dj and producer and I live in Hungary. I'm one of the early pioneers of dubstep outside UK.

I started to collect early dark-2step vinyls in 2003. From January 2004 to 2009 I played in the weekly radio session "Dawn Tempo" on Radio Tilos where I played in the first times breaks, electro-breaks and glitchy stuff (glitchy IDM, glitch-hop, glitch-breaks) but from 2005 I played even more and more dubstep (including some grime and breakstep but dubstep was the dominant genre). This session is still running (watch the podcast!)

In the last years I played in many festivals and parties pushing forward the dubstep in Hungary, people says my radio-shows and activity played a big role in spreading dubstep in Hungary. I can say I did my best and I can say if you will hear me playing at party you'll feel the energy of music.