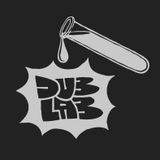 DUB LAB is a project being developed since 2005 as club night that take place every Monday in the club Channel Zero in Ljubljana, Slovenija. With strong sense for helping and developing local and regional acts, Dub Lab grew into something that is neceseraly for Ljubljanas night life and culture. Every monday Dub Lab plays for a small eclectic crowd of dedicated dancers gathered at their intimate club nights in Ljubljana's underground center Metelkova City, and share the love and passion for dub & bass music. As a definition of Dub itself, it is like a separate tone technique that covers a huge range of all types of music, Dub Lab also progressed in the sound that now hosts more and more international acts that make stop in these parts of Europe. Dub Lab crew is also formed as a resident dj crew with different musicians and sound engineers.
https://www.facebook.com/dublabch0