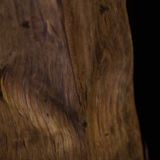 François Dumeaux (Rodez, 1978) won the SACEM prize and have been graduated by the Bordeaux Music Academy (C.N.R.) in the Christian Eloy and Christophe Havel’s electroacoustic composition class.
Finalist for the acousmatic composition competition Métamorphoses 2008, his piece have been released on the eponym V.A.
Annette Vande Gorne invited him to compose « SRA » for the Bernard Parmegiani‘s 80th anniversary.
Between 2011 and 2016 he teached in the Bordeaux Music Academy (C.R.R.) electroacoustic composition class.

He also realises radio art, documentaries, sonography for museums and soundtracks for plays, choreographies and movies.