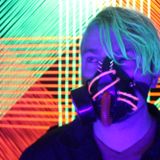 Never miss another
show from DopplerDeflect

Doppler = of, relating to, being, or utilizing a shift in frequency.
Deflect = to cause (something that is moving) to change direction
Doppler Deflect = To shift energy in opposition to the way it was moving.

Born as an Southern Illinois (visualize nothing but corn and bean crops as far as the eye can see) native, DopplerDeflect was consistently told he was a big fish in a little pond. It took 3 years of touring the country via 18-wheeler for him to decide that it would be Florida where he would learn how to dive deep in to music. From dark metallic backgrounds such as Nine Inch Nails and Static-X a new musical mesh was born when an aspiring artist attended his first ‘rave’ otherwise known as Ultraviolet. It was this consciousness altering experience that ultimately blended light with darkness. With a broad range of styles from chill to chaotic, enter the psychedelic soundscapes of DopplerDeflect.