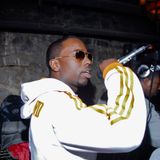 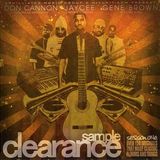 Atlanta Native Doc Wily is already creating industry buzz as an Innovator and Trend Setter for 'Cool, Southern and Fly' . Straight out of Hotlanta's Music Capital, Doc's unique rap style and cool fashion image has some making comparisons of Doc to artist like OutKast, Jay-Z and Kanye West but truly as Doc Wily's name suggest he is like a scientist coming out of the ATL Music Lab and ready to display his new Music project titled "Fresh out the lab".