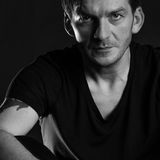 Since 1992, Ollinger has not only been making a name for himself as a DJ, but as a producer of his "AUDIO:PUNX" project, he knows exactly how to strike a chord with his followers.

When asked what the the secret to his music is, he replies, "Well, I really enjoy creating music that moves me, that is euphoric, that entertains as a DJ and as a producer. I like breaking the rules, and I am not willing to conform. That's why my DJ sets and live acts are always full of surprises."

In 2009, he started his project with the song 'The Rocker', which gained ernormous success on dance floors all across Germany.

However, he is not alone in his acclaim, sharing popularity with other notable musicians such as: Miro Pajic, Andreas Henneberg, Dapayk, David Dorad, Pierce Treude, Hanne&Lore or Stereo Express.

As a DJ, Ollinger hits the right notes when he plays t...