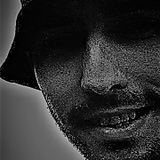 Dimitar Georgiev a.k.a D'Minal,(born in 07 Feb 1993, Sofia) is an Bulgarian electronic music producer and DJ. He was raised in the Bulgaria's capital Sofia..
He starts to organising events in may 2012 with his classmate Georgi (Milfhausen).
First official party they make in club Lifehouse, Sofia who is one of the preffered places for underground music in Sofia those days.
They perform dynamic minimal techno and dark techno.
The Duo growing fast and have many fans after series of events in 2012 and 2013..
When Georgi starts university in England in 2014, Dimitar make his first own pages in facebook and soundcloud... Thinks its time for some little changes in nickname and style of music too..
Starting to play in so many clubs: TEMA MUSIC CLUB, AMG MUSIC STAGE, BAR ZAR, CLUB LIFEHOUSE, PARTY CENTER 4KM, THE BOX, CLUB DALI and more.