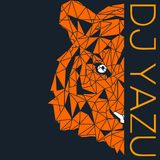 Buy My Merch! - https://teespring.com/stores/dj-yazu
---
DJ Yazu, A Self-taught DJ and EDM enthusiast, bitten by the bug in the early 00's when he began experimenting with sample looping using a Yamaha DJXIIB.
After many years of inactivity, he moved on to vinyl emulation during his late teens where he learned and developed his skill for beat matching and track harmonics. He eventually found an audience through online radio where he was able to further improve his skill in performing live mixes and for a brief period in 2013 out in the night life of his home town.

After a year of hiatus in 2016, DJ Yazu has started resurfacing on the internet scene since late December 2016 with a renewed interest in House music, Especially Deep house, Tech House and a newly acquired taste for Future House.