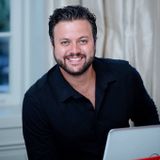 Started back in 2006 from mixing in a small house party in St.John`s, Newfoundland, Canada all the way to opening for many celebrities and international artists including: Pitbull, LMFAO, Lil John, Mia Martina, Karl Wolf, DJ Pauly D, JRDN, Danny Fernandes, and many other artists. Joining surefire entertainment at the begining of his career was an opportunity for him to be exposed to many different music events, festivals, and cultures. Since that time he’ve established a reputation as one of the most creative DJ`s in Canada & Middle East in mixing genres you wouldn’t think worked together, creating new soundscapes with his incredible beats.