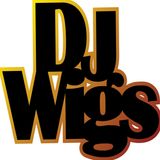 Wigs is a deejay and beat maker who specializes in Hip-Hop, Funk, Reggae, and Soul. Never one to be put in a box, he’s worked his entire career at being well-rounded behind the wheels spinning live in clubs, releasing mixtapes, showcasing skills as a Turntablist, and producing the very best in college radio mixshows as the resident deejay/creator of both the Gold Standard and Edutainment Hip Hop Shows on WUTK 90.3 as well as the Heavyweight Crate podcast. During his time with Good Guy Collective he regularly scratched with The Theorizt at live shows and was one third of the trio Plunderphonics. Spinning for over nineteen years, Wigs has shared the stage with artists such as People Under the Stairs, Gym Class Heroes, Curren$y, Nappy Roots, Smoke DZA, dead prez, Big K.R.I.T., Kid Koala, Count Bass D and Supastition. Good music is always the bottom line.