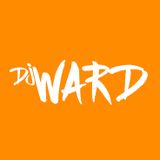 Dj’s are hot stuff nowadays, but few are so versatile like dj Ward. He is known as Belgium's most talented crossover dj. Studio 54, Versuz V3, Tomorrowland, I Love the 90's, Milkfest, Q party tour, Cityparade … television and radio road shows, award shows, clubs, parties, corporate events. No dance floor is too big or too small for him to handle! Ward developed his own particular way of deejaying. He gave the concept of an 'eclectic all round dj' a new dimension, he made it into a unique style form.   Thanks to a wide musical knowledge, he has no problem with adjusting himself to different kinds of musical genres or audiences. Ward’s trademark is his own particular creative way of mixing different kinds of music in an endless fluent wave. That’s why people refer to him as a musical chameleon.
DJ Ward online:
www.djward.be
facebook.com/djWard.Official
twitter.com/DJWard_official
youtube.com/deejayward