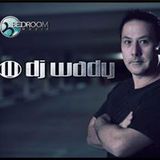 The Juicy Show #673
by Robbie Rivera

His production entitled "HULK", which reached the top of the charts and became one of the most played songs during the Winter Music Conference held in Miami and also in Ibiza Summer.

As a DJ, Wady's performances are renowned for their technical skills and precision. He perfectly weaves the tracks together in a seamless blend of technology and techno Tech-house groove Latin flavors.