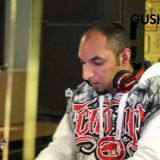 Never miss another
show from djv_za

DJ V is a South African born Vj/DJ with over 10 years behind the decks. He started off his career by playing at clubs and for private functions and parties. He became acquainted with House, Hip‐Hop, Rnb and DJ culture for a number of years; from there on his love and appreciation of music only grew.
Having been in the entertainment industry for a while, it’s no wonder that DJ V can get a crowd going, and keep them rocking. He knows just how to read a crowd and set a vibe. He has learned so much on his journey and is fast becoming one of Johannesburg’s recognised DJs. He attended the CMJ Music Marathon 2014 in New York City, SXSW 2015 in Austin Tx, Primavera Pro 2015/2016/2017 in Barcelona, Spain and gained valuable knowledge and experience in the industry. He has featured at some of the trendiest clubs in and around the Johannesburg.