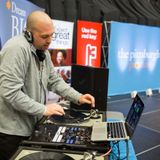 Never miss another
show from djunderdog412

For the past 15 years DJ Underdog has worked tirelessly to make a name for himself in the city he loves. Underdog is a life long resident of Pittsburgh, by way of Bon Air. His knowledge of music from every era and multiple genres which makes him comfortable in front of any audience. Underdog has held residencies at several bars and clubs in the Pittsburgh area including Bar Louie Station Square, Finn McCools, and at Whim Night Club. In addition to his residencies, DJ Underdog has been a go-to substitute at many of the major clubs in the Pittsburgh area such as S-Bar, Jimmy D's, and Elixir to name a few.

As an extension to his comfort in the bar and club scene, DJ Underdog was named to the Best in Weddings Hall of Fame by TheKnot.com and is 5 time Couples Choice Award Winner from WeddingWire.com.

His expertise and professionalism led to him to be contracted by institutions and companies such as the University of Pittsburgh, Best Buy, and White House Black Market.