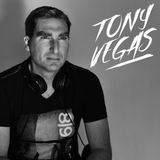 "Delivering feel-good dance music". Tony Vegas is an Australian DJ producer. He has had four TOP 10 songs on the Beatport dance & chill out charts. In 2015, he won the DJ Mag Next Generation competition with his "Beach cocktails summer mix". In 2016, he was ranked as the #66 chill out DJ according to worldwide Beatport sales over 12 months. In 2017, his song "Soul Mates" was featured on Dancing Astronaut's Launchpad. He was voted #1 DJ on the Gold Coast by Radio Metro listeners in 2018.