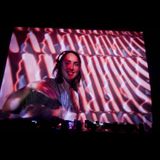 In a near saturated world of DJ’s, how do you get one that can properly cut the mustard and raise the roof at a party? The DJ that you talk about the most, even once you’ve sobered up and the party is over. Tina Hart is that DJ - she’s been spinning records for the past 22 years and has mastered the art of getting a crowd to dance even in the small hours of the night/morning.

With a vast musical career that spans across the globe. Her roots lie within the underground music scene in London, Brighton, Belfast, Thailand and Bristol. The past decade has seen her hold numerous residencies to include at forward thinking Bristol club nights Minotaur Sound, Amoeba and Hush.

It’s hardly surprising how, after such hard work to get her talents recognised, that Tina has stepped into a natural limelight. Her initiation into Djing consisted of playing out at illegal raves in Brighton in 1999.