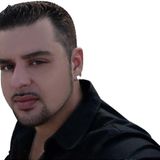 DJ Ted L has been a staple in the worlds club scene for over a decade. Driven by his love and passion for music, he has developed a unique and energy-filled style that has landed him residencies and guest spots all over the globe. Being exposed to the club scene from a very young age, he was able to observe various DJ’s control and manipulate the dance floors. He was mesmerized by how much power one person could have, and the energy that can be produced by the use of music. At this point he realized that he would have to be that person behind the decks. Influenced by local legends in his hometown of Boston,MA like DJ Eddy K and DJ Manolo, he honed his skills to cater to all tastes and genres ranging from House/Dance, to Hip Hop and International music. Because of his vast knowledge and skills with various types of music he landed residencies at famed Boston nightspots such as Axis, Caprice, 33, Mantra, Felt, and currently Down Ultra Lounge.