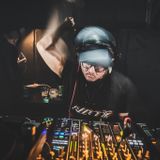 Never miss another
show from TAKAMI

SAVE THE R LOUNGE at R LOUNGE,Tokyo 6th June 2020
by TAKAMI

He played in various places in japan and Hong Kong. He make an performance with CRISTIAN SMITH, HARDFLOOR, MARCO BAILEY, FILTER HEADS, CRISTIAN VARELA, SIAN, TOMEHADS and so on.

Among their audiance and DJs he became very famous for orignal funky techno and his ability of using 4deaks. He is ranked in the magazine "i Loud" the top 50DJs in Japan from 2006 to 2014.
In September 2002, his first released "AGAINST THE OVERRDIVE E.P" was recommended by Q'HEY, DJ SHUFFLEMASTER, YAMA, DJ UIROH and he received the highest rating from German club magazine "raveline". at later time he startetd to release many club tracks and remixes.