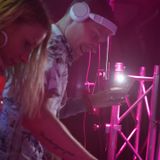 Monday Mad Ting! - Raverholics Radio - 2-11-20 - Be My Guest - DJ Sweet-R In The Mix
by Oddball SavageReposted

Dj SWeeT-R started his career in 2017 with his first residency at Cube Bar, Peterhead. By the end of 2017 he had gained a new residency at Curry Nightclub, Ellon.
In 2019 he started his biggest residency to date at Deja Vu Peterhead with 800 capacity. Dj SWeeT-R has predominantly been djing around the North East of Scotland in top venues.
In 2018 he did a warm up set for Dave Pearce progressing his music career even further playing on the same line up as Anne Savage.
His rapid growth took him to the next step in his career where he began producing mid 2018. His love of playing on his 4deck sets shows in his productions & professional entertaining sets where his music has attracted the attention of various promoters and record labels.