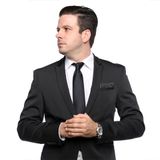 Never miss another
show from Supersede

Replacing the normalcy of a standard disc jockey, Supersede asserts his power as a pioneer in the music and marketing industries by being a diverse entrepreneur. Since 2001, Supersede has been performing around the country in nightclubs, corporate & private events, trade shows, and NFL stadiums.

In 2010, Supersede became the Miami Dolphin’s DJ at Hard Rock Stadium, formerly Land Shark Stadium, Dolphin Stadium and Sun Life Stadium. Supersede’s job is to bring a new sound and energy to the tailgate stage before every Miami Dolphins home game. While getting the audience pumped up before each game was a major component of his responsibilities, another large percentage came in the form of performing at all of the corporate events, holiday parties, and community activations for the organization.