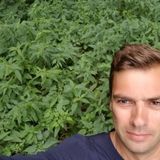 Born in the northern Venice of Eastern Europe, Saint Petersburg, where he studied classical music. In 1991 moved to Canada. A natural since his early teens, Sputnik began spinning for friends at private parties, and was soon moving the dance floors of Montreal's underground. Since 1997, he played the best of trance and house music in raves and clubs with already then known DJs like the Liberators or Christopher Lawrence. In 1999 got his first Fridays and Saturdays residency downtown Montreal. In 2000, he started getting exposure in Toronto in clubs like Activ8, Sugar, Static, Phantom and Luxor. In 2002, he mixed at the legendary SONA afterhours in Montreal. Then came a very memorable trip to the glamorous club Zeppelin located in the heart of Moscow. His 2003 kicked-off at Apocalypse, an annual event at the Maurice Richard Arena. Later that year performed with Cosmic Gate at the Gravity afterhours. In 2004, he rocked the dance floor of Circus afterhours, a Montreal favorite