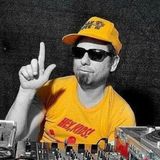 $mall ¢hange (aka Jim Dier) has been selecting records for close to three decades. He started out collecting vinyl as a teenager and in college started doing radio on KUCI in Irvine. Landing in NYC in the mid 90s, he soon got involved with world renown freeform station WFMU, and been doing a weekly show there for over 20 years.

From radio $¢ soon transitioned into playing warehouses, loft events, bars, clubs, festivals, and on and on and on. He has been a very active staple of the NYC underground since the mid 90s, featured at parties and spaces like Rubulad, JunXion, House of Yes, and APT, where he also served as music director. $¢ has thrown a number of his own loft parties under the names Jackpot!, Lose Your Shit, No Parking on the Dancefloor, and many other one offs. He currently has residencies at Top of The Standard, The Commodore and The Keep. He also has a podcast called Stark Reality.