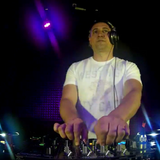 Never miss another
show from djslave

DJ Slave (a.k.a. Arnold Farkas) started his career in 1998, now performing gigs in the cultic places of the Netherlands, in the BarCode, Wunderbar Nijmegen, CUEbar Amsterdam, JustMusicFM Budapest radio.
We broadcast our own Spectrum Techno show with DJ Andrew Live on Home Radio. I have deep roots in the legendary weekend nights of the Kashmir underground and K2 club in Budapest.
My sounds are tribal, groovy and rocking at the same time, now I play mainly Techno and Tech-House, dark tech, but on a classic night I still have my disks of the greatest tunes of those times.
My mixes are attracting about 500 party fans and more than 6,000 radio listeners every time. Also I got an opportunity to participate in the best party series in Amsterdam by Dexon from InDeep 'n' Dance Records.
I enjoyed the to play live in Pulzar FM and Radio Zone, Techno FM Canada, Abuction Radio US, Planet Radio show also I hosted music programs in the most popular TV channels like VIVA+ and MTV Hungary.