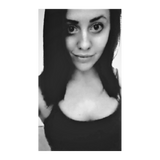 Sari Postol - A sonic explorer with an appetite for fast-paced adventures through powerful, dark, intricate sounds.
Madison-based Sari Postol is very quickly earning a reputation for delivering hard-hitting, no-nonsense DJ sets across a variety of genres. Techno (acid, industrial, dark), hardcore, electro, and hardcore are just a few of the tools in the arsenal Sari deploys to devastating effect. Since her first set in 2016, Sari has become a familiar name on local lineups and in cities across the Midwest due to her hard work and dedication to honing her skills on the decks, on both digital and vinyl platforms.
While maintaining an active tour schedule, Sari has featured on several prominent podcasts and radio shows, leading to the launch of her own show entitled, ‘The Casimir Effect’, for London-based Fnoob Techno Radio in August 2018, and in January 2021, Postol took on the role of Monday Programme Manager for Fnoob.
In 2022, Sari debuted her Drum & Bass moniker Amen Alice.