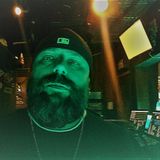 Never miss another
show from Stereo By Default

In the city where American beats began, on a street known worldwide, one DJ has set the pace and perfected the art of the dance floor. His 15 years on the most famous party street in history has been a constant study of what inspires people to dance. Five nights a week, 52 weeks a year of entertaining local, national and international party-goers until the sun comes up has honed his crowd reading ability into an art form.

Now this lifetime immersion in music has pushed NITRO the DJ into his next incarnation, Stereo by Default. Producing original tracks with big beats, heavy bass lines, influences from his house roots and that unmistakable Southern feel is the heart of Stereo by Default.

He is now, and has always been, an open format DJ. A lil' bit of everything good, cher, makes the best gumbo.