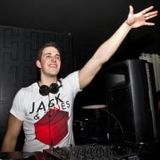 Never miss another
show from ROSS

Montreal native, DJ Ross is a heavy dose of underground Trance music laced with energy and emotion. With an infectious smile, passion and charisma on the decks he inspires his listeners through uplifting melodies, driving baselines, and a harder edge that packs a punch.
Ross’ distinctive style has put him at the forefront of the Montreal Trance Scene, where he has cut out a niche for himself among other competitive Djs. His chief residency at Circus Afterhours has seen him play alongside some of the scene’s leading international Trance Djs.
With a radio show and podcast on one of the world’s best internet Trance radio stations, Trance.fm, Ross has reached out to all four corners of the globe with his weekly show “Excursions Into the Underground”. With hundreds of listeners tuning in every week, Ross is quickly carving a name for himself among Trance Djs worldwide.