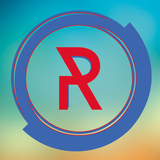 Adam Bodnar, Born 2. February 1997. Also known by his stage name Rizikko. Serbian musician, DJ and producer of electronic dance music. Rizikko met DJ Sander (Aleksandar Omoran) in 2013. and the two have worked together extensively since then. Rizikko started his DJ career 2012. at the discoteque called Aquarius. With his talent recognized, other clubs invited him to work. Being in production for more than 10 years since very young age, he has mostly mastered his production skills. Rizikko now has a studio and over 50 released tracks.