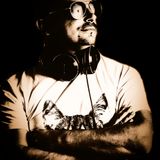 Is an Italian Disc Jockey & Producer born in Lagonegro (Potenza) in 1984, he began his career at the age of 14 years in various private parties of Lagonegrese,
shortly after collaborates with a local radio mixing in a weekly dance program, in 2008 became Resident DJ in the main local in Salerno and Potentino, during the summer 2009-2010 participated in several races and DJ contest, winning once the first place and one the second.
At the end of 2010, he decided to move abroad and competed in a Swiss recording studio, publishing his first single “Emotive Locomotives”, followed by another 7 singles.
In 2013 “Reactive” cooperates with a record label “Music Evolution” and launches its first E.P called Jolly with the latter closing a very important three-year phase where all his published songs are outlined with a style purely personal, because they include little electronics based on the House Progressive, as for the remix Reactive follows a line very Commercial House....