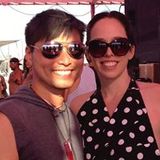 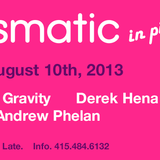 Ray started his DJ career as resident of the legendary Knee Deep party in Washington DC back in 2001. With several other residencies along the east coast, he later joined Dubfire & Sharam (Deep Dish) to manage their world-renowned record label YOSHITOSHI where he released singles by Eddie Amador, Danny Howells, Louie Vega, Luke Fair, Narcotic Thrust and Deep Dish. He quickly began his own production & featured his first remix in 2004 at WMC. He later formed one of DC’s best DJ duos,“2 Tribes” with long time friend Barrett, to rock dance floors with their signature blend of tribal house and techno until 2009 when Ray returned to the Bay Area. He is now back in the studio after a 3 year hiatus and is quickly finding his place in the flourishing San Francisco scene with Blue Orb Records and Pink Mammoth.