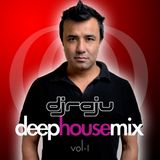 One of the most profound and recognised Dj in Nepal,
Dj Raju has been Djing since 1994 not just in Nepal
but all over the world. He has Germany, Belgium, France, Holland, Denmark, Portugal, Spain, Sweden, India, Hong-Kong and United Kingdom under his belt. His recent tour was Australia 2012, where he had gigs in Melbourne, Sydney, Brisbane and Perth.

He gets the crowd to the dance floor with his main stream genre. Till date he has come up with two albums; Dj Raju 1.0, Dj Raju 2.0.

Some of Dj Raju's famous hits are: