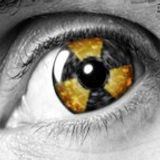 1993 and its emblematic parties such as NEUROCHILL, ENIGMA, CHANEL, CIRCLE, LIQUEEN and others - that's how he was
introduced to the techno world!!

DJs such as Franky Bones, John Dalhback, Ritchie Hawtins, Carl Cox and others were the source of motivation and inspiration that lead him to the tables. During that period and up to the year 2000, he practically lived in raves as a party promotor.

With DJ Bluefish in 2004, he started to master the art of mixing and has played a few gigs at private parties and clubs since then.