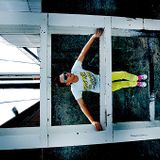 Never miss another
show from djprinz

DJ Prinz started out his career in the mid 90’s and soon became resident deejay at the infamous Belgian house club Café d’Anvers. At the speed of light he built up an array of fans, addicted to his style of music, a mixture of deep house and techno, following their house messiah to all corners of the country. This phenomenon didn’t go unnoticed to promoters galore and in a flashlight Prinz landed gigs at diverse locations in Europe & Russia. A colourful and charismatic figure of Antwerp nightlife and securing a top position, time after time, in the annual 'House DJ Of The Year' polls, DJ Prinz is so much more. Producer of his own music on Punk'Id Records, Robotronic Recordings, ... organisor and instigator of his own party concepts Push It and Free Vibes and just launched his label “Push It Records". On his multiple trips in Europe and Russia, people were stunned by his remarkable sets at major festivals like Dance Valley, Techno Parade, Kazantip Festival, Tomorrowland and Laundry Day.