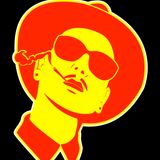 Phil Weeks is a house music purist. Whether DJing or producing, the Parisian with the huge personality delivers raw beats influenced in equal measure by classic Chicago house and nu-school French flair, underpinned with a hip-hop attitude.

In the studio Phil is dedicated to classic hardware like Akai’s MPC3000 sampler and Roland’s TR909 drum machine. He has released more than 250 tracks and remixes since his debut in 2000, working with labels including 2020 Vision, Music For Freaks, Brique Rouge, Detour, Adult Only and his own Robsoul, which is responsible for the majority of his original output.

Behind the decks, Phil has racked up enough air miles to take him around the world several times over, with appearances at the world’s leading house clubs -
Queen’s Club, Sankeys, Circus, Ministry of Sound, Back to Basics and Stereo are all regular haunts, alongside his Paris residency ‘Get Underground’ at the infamous Rex Club.