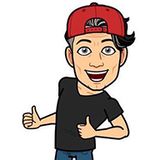 Never miss another
show from DJ Phil the Thrill

As a freshman in the fall of 1982, Phil Gaitan began his Disk Jockey career by volunteering as a resident DJ for WUMC College Park Radio 88.1 FM (University of Maryland).

At that time WUMC has just received its license to broadcast and was just getting started. The station’s Effective Radiated Power was only 2 watts and only covered the college campus (3,000 to 5,000 listeners).

As lead DJ for the station as a Senior, Phil was instrumental in bringing bands like the Psychedelic Furs, Devo, The Ramones and many others to venues at the University. He also started a Disk Jockey Music Service, servicing the University of Maryland, College Park Campus.

By the time Phil graduated in the summer of 1986 the station had grown by 8 watts to 10 watts, which was enough to cover the entire metropolitan area of Washington D.C.