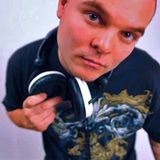 DJ Pheloneous has been executing top of the line performances for nearly fifteen. A Seattle native he began DJing while attending the University Of Washington where he received his B.A. in Sociology.

After his college career ended DJ Pheloneous considered pursuing his DJ career beyond the scope of college parties & events. After seeking the advice from both friends and mentors DJ's B-Mello & Scene he decided to move forward with his love for DJing as a potential career move.

Since then, DJ Pheloneous has invigorated crowds across the country with his eclectic mixing style of cross generational music and genres. He has not only performed in Seattles top clubs but has held residencies in cities across the country such as but not limited to Houston, Miami, NY, Portland, LA & Las Vegas.

Currently DJ Pheloneous stands as the DJ behind 2X Platinum Sony Artist Skee Lo (I Wish I Was A Little Bit Taller), as well has worked with many other superstars over his career.