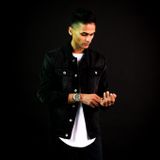 Never miss another
show from PARTYWITHJAY

He has had the honor of performing alongside some of the most notable DJs/Producers internationally such as DJ Jazzy Jeff (USA), Lil Jon (USA), Chuckie (NLD), Bingo Players (NLD), Gregor Salto (NLD), Laidback Luke (NLD), Cedric Gervais (FRA), Throttle (AUS) and many more.

It's impossible not to get caught up in the moment, lose yourself, and rock out as you savor the eclectic and magical sounds skillfully woven by the maestro himself.