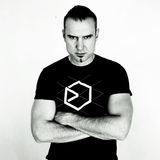 DJ Ogi got into Croatian electronic music scene in 1995. He is the founder of Rijeka's techno scene and also one of the leading people of today's Croatian electronic music scene. He's an associate of “X-music” show and one of the starters of “Energetica Music” show, both at Radio Crikvenica. Being a proud member of “Energetica Team”, an organization for promoting electronic music, Ogi was one of the people who organized one of the greatest open air festivals in Croatia, “Exotica”. His style has always been based on hard techno, and even today it's a combination of pumping hard techno and dark elements, marked and well rounded with his beastly mixing technique on 3 decks. His sets could be heard at the raves and parties such as DANCE VALLEY in Holland, LOVE PARADE in Berlin, MTV Valkana Beach Festival 08 at Grobnik, Citadela and Imperium in Brno, COSMO in Firenze, Opposite Xpression in Balaguer, Woodshock in Ljubljana, Liberty White and Footworxx in Oostende, Paradog in Senica, Massacra