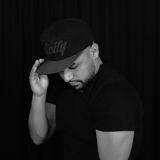 From humble beginnings in his parents’ basement in Colorado, to traveling and rocking thousands of party goers a week, Nuñez has graced the music scene with his song selection, flawless mixes, and ability to command a crowd since the age of 15. This Nufusion, Radiobum, KS 107.5, and DefTal DJ has made appearances throughout the states including; Austin, Dallas, Reno, Tahoe, Omaha, and Vegas. Not only that, he has taken his music and performance overseas to India and the Philippine Islands. DJing 3-6 nights a week, traveling, remixing, and day time events, make Nuñez one of the hardest working DJs and one of the most well known names. His mixtapes and remixes have reached international audiences and have had thousands of listens and downloads. His support, listener, and fan base is immense with his nightly club gigs, and weekly radio shows. At the forefront of the industry, the most notable and well rounded open format DJ is DJ Nuñez.