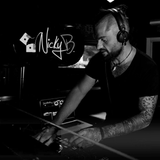 Never miss another
show from DJ Nicky B

Support DJ Nicky B by subscribing directly to this channel and get access to exclusive rewards.

Mash-up DJ and producer, Nicky B, has been working in the industry since 1995 and has spent many years mastering the mechanics behind the perfect bootleg. No two live performances are ever the same and you can always count on at least one surprise throughout the night.

He began his music career by mixing house and trance for hours on end on a pair of Stanton turntables. As time passed, he began creating custom mashups using acapellas over instrumentals and blending up to five tracks simultaneously. At 22, after finishing University, he landed his first residency, playing old skool house and trance at a local nightclub every Friday night to a crowd of 600 people.

As time progressed he found himself working alongside well known DJs including Judge Jules, Sub Focus, Prodigy’s Leeroy Thornhill, D Ramirez, Booty Luv, B Traits, Whodafunk and many more in venues across the country, stretching out to Norway and Spain.