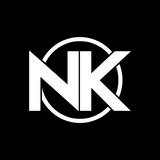 DJ NAVEEN KUMAR is a Music Producer, DJ and Songwriter from Los Angeles, originally hailing from the Windy City, Chicago. DJing was the original format he showcased his musical talent performing at many prominent venues nationally and internationally. His passion & drive took him from the path of DJing and led him straight into the world of music production, where he quickly made a name for himself among all the industry leaders. As a DJ, NK has opened for some of the biggest acts from all across the world, including Jay Sean, Raghav, Imran Khan, RDB, Bikram Singh, DJ Aqeel, DJ Suketu, DJ Bally Sagoo, DJ Shadow Dubai, Panjabi Hit Squad, Culture Shock, DJ Nasha, Akbar Sami and many more. He credits his success to his strict work ethic and humble demeanor. A musician for music's sake, he stays grounded in his roots and never forgets where he came from! He has been very blessed to have the opportunity to have his music spun all over the world and perform for thousands across the globe!!