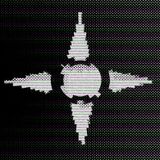 DJ Notus was first introduced to underground dance music during the peak of the 1990s rave scene in Denver, Colorado. Inspired by the legendary Transport and Global Underground mixes, DJ Notus began his journey as a DJ. He eventually moved to Nevada, where he quickly established himself in the scene. He headlined underground raves and opened for renowned artists such as Meat Katie and Lee Coombs. A DJ for over 18 years, deep progressive vibes continue to dominate his sound, even after he branched out to deep house, tech house, and techno. DJ Notus now resides in Colorado, where he continues to be involved in underground dance music.