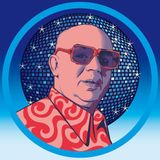 Originally from Toulouse (France) and DJ since 1982, Mme Gaultier is and has always been an emblematic figure of the
clubbing scene in the south of France.
Being a pioneer of what could be called “The Old School”, he always thrived on sharing the best of electronic music with his audience, playing quality House Music mixed with Jazzy, Afro, Latin, Deep, Soulful, Disco, Funky vibes.
He is greatly respected in the south of France, having played with some of the elite in terms of electronic music ( Laurent Garnier, Carl Cox, Jeff Mills, Bob Sinclar, Claude Monnet, Charles Shilling, Alton Miller, D'julz, Dj Deep, Ian Pooley Cerrone, , Dj Gregory, Gilb'r ).
MORE MIX ON MY DJPOD: http://www.djpod.fr/franck.gaultier
BOOKING : gaultier.franck@gmail.com