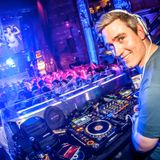 Never miss another
show from djmills

I started DJing in the mid 90s and had my first real public gigs a couple of years later during my studies in Berlin (Icon, Café Moskau, Sage Club, Oxymoron, Cassiopaia...).

2006 I moved back to my home town Düsseldorf where I have and still play at several clubs such as Monkey's, Blue Note, Nachtresidenz, Port7, UEBRN8 or Les Halles.

2010 I started playing also in Hamburg where I play regular nights @ Hörsaal with Funktomas or other local DJs.
I also joined the DJ Team of the Berlin-Kreuzberg Party series DerBassMachtDenBeat in 2011.
I have had the honor to play with DJ legend and producer Kenny Dope.

Having gained a lot of experience over the years, I decided to found my own DJ school (DJ-College) to support up-and-coming DJ's and to let them enjoy the feeling of giving the crowd a great time on the dancefloor.