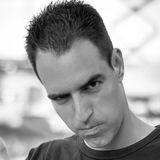 Never miss another
show from Merkurius

At the forefront of the Canadian hardcore scene, Merkurius is one of the leading DJ and producer of this underground music in the country. Since his beginning, he has totally devoted himself to popularise hardcore through his energetic musical productions and his stunning performances behind the decks.

Since 2007, his releases on various labels have brought a huge exposure to his music. His powerful winning remix for the This Is Hardcore contest in 2013 confirmed the high caliber of his talent, and now his latest tracks are making waves in events and festivals worldwide. Merkurius has played in France, Holland, USA, and all accross his homeland, and de often shares the stage with the best hard DJs from all around the globe.

Passionate and bursting with ambition, Merkurius constantly refines his style and pursues his mission to make Canada shine on the map of hardcore music.