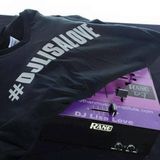 U know... Back in the Day...Raining
by DJ Lisa Love

Chill With A Twist Mix Part One
by DJ Lisa Love

Support DJ Lisa Love by subscribing directly to this channel and get access to exclusive rewards.

had moved back to Philadelphia where she took a course in music production in pursuit of DJ’ing professionally; soon after she was hired as a sound technician for the former Brave New World Nightclub which hosted a weekly event (House of Soul) by Come Kleen Productions. As fate would have it DJ LisaLove

was given the chance to shine when Come Kleen’s CEO John Barber took a chance and put her on the “wheels” when his regular DJ failed to show. Needless to say, he was impressed with her skills. Neither one has looked back since.

She represents Upstate NY and Philadelphia PA to the fullest.