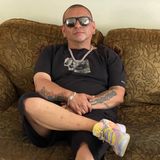 A New York DJ influenced by local and international DJs, DJ Lex Needles brings a unique blend of Tech, Progressive, Electro, Latin house into his music. Being a versatile DJ, he rocks all types of crowds from festivals to the most underground clubs. He doesn’t just mix, a firm believer in putting on a show, he uses proper deck skills and trickery to get the crowd going. As he continues to expand his career, DJ Lex Needles formerly known as DJ Delete is Taking his music career a step further, he now produces original tracks using FL Studio and Ableton. He has already collaborated with local DJs, Dj Bezo and Culture Boy Productions and continues to produce with more and more people which will be seen and heard in 2011. He has played in Florida & Long Island venues such as Jimmy'z, Long Island Cafe', Lumen, and South Beach Club Space to name a few.