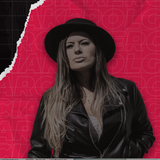 With a decade worth of experience as a DJ and Music Producer, Brazilian artist Kerol Garcia has gained an incredible reputation as one of the Best DJ’s in London. Talented, charismatic, and good vibes are just some of the words to describe Kerol’s full of life attitude which her crowd can feel on the dance floor when she is on the decks.

DJ Kerol traces her roots back to the home of crazy carnivals and famous clubbing events, Brazil, where her love for music began. She moved to London in 2006 and chased after her dreams by enrolling at the London School of Sound where she finessed her Dj skills in using, CDs and Traktor software by 2008. Filled with passion to grow her career in music, she took and completed a course in music production, officially earning her credentials as a producer. Club goers who find themselves on a dance floor while she is performing are assured of an incredible musical experience from her unique sound of House, Tech House and Disco House,